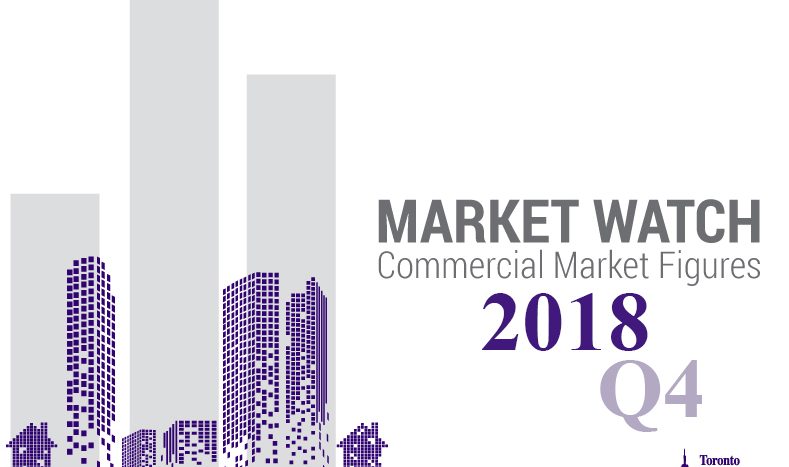 Combined industrial, commercial/retail and office sales reported by TREB Commercial Network Members totalled 268 in Q4 2018, down from 317 in Q4 2017. Average selling prices, on a per square foot basis for transactions with pricing disclosed, across all three segments was down on a year-over-year basis. Changes in average selling prices from one year to the next can be due to a combination of changing market conditions and changes in the mix of properties sold, in terms of size, location and quality.